Over 300 years ago, Antonio Stradivari was making beautiful violins, each weighing a few hundred grams, yet filling the largest concert hall with soul-lifting sound. Stradivari would never have said, “For safety, I’ll double the thickness of the wood.” If designed like most modern buildings, his violins would play like tree-trunks. Stradivari‘s structures are balanced natural systems: no imitations of birds’ nests or deliberate distortions of geometry in the name of “architecture” here.

Today’s engineering is too full of “tree-trunk” buildings: under-designed, and over the whole planet. Astonishingly, the materials used in every three buildings designed in this lazy way could make at least four buildings — and with intelligence, even six.

Yet while humans have known about harmony between materials and structure for generations, every engineer, on every project, faces a mental battle with fear and hope. Engineers are taught to design from fear, to avoid failure.  The construction industry reinforces this, rewarding those who take the least risks, sacrificing our global material and energy stock on the altar of expediency. Dare we hope for wiser engineering, with beautiful performance from the least material?

Occasionally, special projects allow us to try. My firm Expedition Engineering was structural designer for the Velodrome in London’s 2012 Olympic Park, and the Infinity Bridge in Stockton, UK. Both won UK structural engineering’s top prize, the IStructE’s Supreme Award for Engineering Excellence.

Both are “form-found”, shaped to be in equilibrium with the forces acting on them.  Catalan architect Antonio Gaudi popularised the technique: his Sagrada Familia cathedral in Barcelona, begun in the 1880s, was effectively shaped upside-down — his models were bags of sand hung from tension strings. Form-finding now uses digital analysis engines for the behaviour of everything from cats’ cradles and soap bubbles to giant basket like grid shells. This way structures can be sculpted to carry loads either in pure tension (like a spider’s web), or pure compression (like an eggshell).

Such structures embody the ancient Greek ideal of an inner beauty, carrying maximum load with minimum material in a way that can’t be bettered. Despite humanity’s love of graceful curves, and our need to use materials wisely, this technique is still the exception. It should be the rule.

The Velodrome spans 130 metres with a tension roof structure only 76 millimetres thick; roofs of other Olympics buildings cover a comparable area but are often metres deep. The Velodrome design achieved that lightness by letting nature lead, following the forces until they reached the equilibrium shape of a saddle in pure tension, anchored directly to the curved seating bowl. The forces are carried in harmony completely within the structural geometry, rather than outside it. It’s an old trick much loved by the builders of Gothic cathedrals, although now we use a tension system of machine-woven steel cables, rather than a compression system of individually hand-cut stones.

If the Velodrome is a structure acting in tension, Stockton’s double-arched Infinity Bridge is its complementary opposite. Through pure compression, the arches’ shapes resist the principal weight of the suspended deck, and their own weight: all the forces are carried down the absolute centre of the structure. As they are linked into a bow, the arches also act like a giant seesaw to resist the fluctuating weight of crossing pedestrians. (An adaptivegeometry, changing continually in response to their movement, could be coming soon.)

The ancient Roman Alcantara Bridge in Spain shows how far arches have evolved. The Romans didn’t know exactly where their forces went, so hedged their bets by infilling the massive individual masonry arches with cemented rubble to guarantee a pure compression line at least somewhere within the structure. 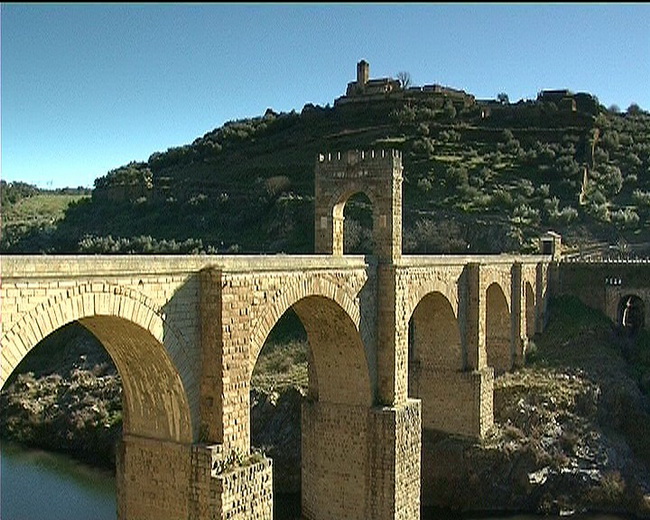 Centuries later, the suspension bridge emerged. From Bristol’s Clifton Suspension Bridge to San Francisco’s Golden Gate, these are structures of great efficiency, but demand extraordinary tension anchorages buried at each end to hold the main suspension cables…all suspension bridges need tension anchorages because they cannot take the cable forces back through the deck…and as the main advantage of the suspension bridge is that the deck is slender, the high compression forces induced by the cables in a very slender deck would make it buckle….so Infinity avoids big foundations by using tension cables in the deck to tie the ends of the arches together: the whole bridge just kisses the ground lightly at each end. The flow of the forces is written into the air in ultra-slender structural steel, rather than hidden inside approximately shaped stonework weighing thousands of tonnes. 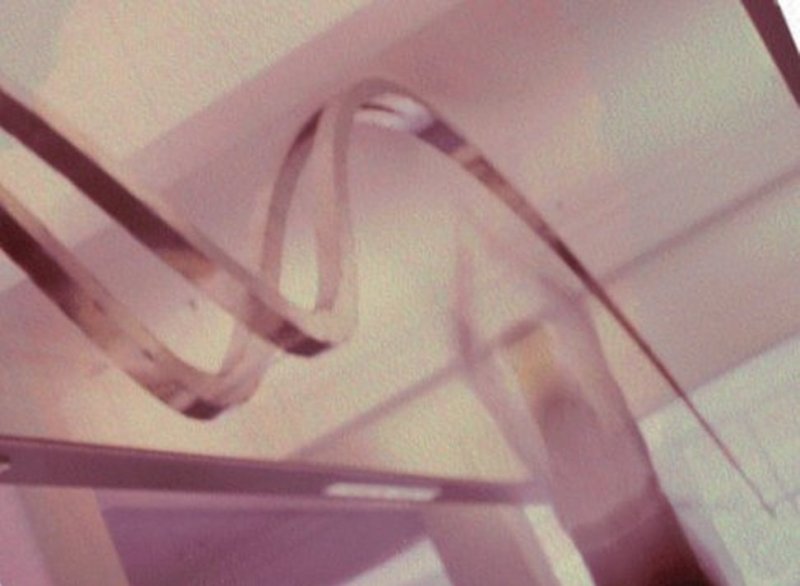 Confident engineering comes from proper understanding of the natural phenomena to which it will be subject, and the more experimental, the more chance that something will catch us out. In the late 1990s, I was Arup’s director for London’s Millennium Bridge spanning the Thames. It too was an off-piste, pure-tension natural structure. Too natural, perhaps: on its opening day, it wobbled harmonically like a giant guitar as the lateral sway of pedestrians’ gaits became the vibration of the bridge. That wobble, however, forced a research project to find the cure: energy-absorbing dampers, choreographed by the late Arup engineer Tony Fitzpatrick and published for all to use. The lessons learnt there fed into Infinity a decade later.

Despite these examples, and others from the likes of designers Frei Otto, Peter Rice and Tristram Carfrae, engineering suffers from a chronic sickness for which the construction industry is both cause and potential cure. “Normal” fees for most engineering commissions  are still based on a percentage of the construction cost: in an inversion of sustainability logic, the more material you use, the more expensive the project, and the bigger your payout as an engineer.

Construction regulations are full of emotive words like “collapse” (avoid it) and “vibration” (get rid of it). Beyond these sanctions, they are largely silent. There is nothing in most commissions to encourage an engineer to use less material, so they don’t.  Yet if engineers were educated to design, say, perfectly tailored beams instead of off-the-shelf steel joists, we’d cut about 30% from the millions of tonnes of beams used yearly. This should become the industry norm.

The huge construction supply chain also requires huge investment in new technologies. So if manufacturers will not retool on a speculative basis, engineers need other research partners for innovative alternatives, such as those“perfect” beams whose shape is tuned to the bending in them.

Infinity, the Velodrome, Otto’s Munich Olympic Stadium and the Strad violin demonstrate what’s possible. It may be ancient, this job of doing for a penny what any fool can do for a pound, but some of us seek performance through harmony between materials and natural forces. We design in hope, not fear — and with an eye on nature.

A slightly abridge version of this piece was published in “Nature” Vol 194, p 172 ff, 14 February 2013, along with complementary pieces by Exploration Architecture’s Michael Pawlyn and Upcycling author and academic Michael Braungart